George Orwell was the pen-name of Erie Arthur Blair, an

1903. He was educated at Eton, England. After service with the British colonial Indian Imperial Police in Burma, he returned to Europe to earn his living writing novel and essays. Bitterly opposed to social injustice and political oppression, he was a socialist who attacked both capitalism and communism, a critic literary and a novelist who merged his profound political concerns with superbly honed narrative artistry. Besides his classic Animal Farm, his best known novel is 1984, an extraordinary novel of political prophecy. George Orwell died in 1950, in London, of a neglected l’ung disease.

A committed writer George Orwell is an anti-utopian writer, and one of the outstanding features of Orwell is the close connection between his political views and his writing. According to him the writer is the spokesman of the moral conscience of a society: his aim is to denounce evils while strictly adhering to truth. He sees a close relationship between literature and society. Though a socialist, he is very critical about the socialism of his time which he considers detached from the reality of the working classes. Orwell believes that the writer, though having a responsibility to observe and record his age, should be independent, and that no good writing could come from following party line. He conveys a vision of a human fraternity and insists on tolerance, justice, decency in human relationship. Through his works he warns against the increasing artificiality of urban civilisation. In others words, poverty, injustice and deprivation must be replaced by a fuller way of living, and socialism must be seen in terms of justice and liberty, not Marxists slogans. In “Homage to Catalonia”, he affirms that all revolution are useless because they are going to fail because there is always someone who can betray.

In the late 1930 news reached the West of Stalin’s purge Trials which led to the death of three mill’ion people and sent many others to forced labour camps. In 1939 Stalin signed a non- aggression pact with Hitler, which enabled the Germans to take over Poland and Czechoslovakia. Orwell’s indignant reaction to these events caused him to write “ANIMAL FARM”.

In this story he expressed his disillusionment with Stalinism and totalitarianism in general.

The story takes place on a farm somewhere in England. The story is told by an all-knowing narrator in the third person. The action of this novel starts when the oldest pig on the farm, Old Major, calls all the animals to a secret meeting. He tells them about his dream of a revolution against the cruel Mr. Jones. Three days later Major dies, but the speech gives the more intelligent animals a new outlook on life. The pigs, who are considered the most intelligent animals, instruct the other ones. During the period of preparation two pigs can distinguish themselves, Napoleon and Snowball. Napoleon is big, and although he isnt a good speaker, he can assert himself. Snowball is a better speaker, he has a lot of ideas and he is very vivid. Together with another pig called Squealer, who is a very good speaker, they work out the theory of “Animalism”. The rebell’ion starts some months later, when Mr Jones comes home drunken one night , and forgets to feed the animals. They break out of the barns and run to the house, where the food is stored. When Mr Jones recognises this he takes out his shotgun, but it is too late for him, all the animals fall over him and drive him off the farm. The animals destroy all whips nose rings, reins, and all other instruments that have been used to suppress them. The same day the animals celebrate their victory with an extra ration of food. The pigs made up the seven commandments, and they wrote  them above the door of the big barn. They run thus:

The animals also agree that no animal shall ever enter the farmhouse, and that no animal shall have contact with humans. This commandments are summarised in the simple phrase: “Four legs good, two legs bad”. After some time Jones comes back with some other men from the village to recapture the farm. The animals fight brave, and they manage to defend the farm. Snowball and Boxer receive medals of honour for defending the farm so bravely. Also Napoleon who had not fought at all takes a medal. This is the reason why the two pigs, Snowball and Napoleon, often argue. When Snowball presents his idea to build a windmill to produce electricity to the other animals, Napoleon calls nine strong dogs. The dogs drive Snowball from the farm, and Napoleon explains that Snowball was in fact cooperative with Mr Jones. He also explains that Snowball in reality never had a medal of honour, that Snowball was always trying to cover up that be was fighting at the side of Mr Jones. The animals then start building the windmill, and as time passes on the working-time goes up, whereas the food ration declined. Although the common” animals have not enough food, the pigs grow fatter and fatter. They tell the other animals that they need more food, for they are managing the whole farm. Some time later the pigs explain to the other animals that they have to trade with the -neighbour farms. The common animals are very upset, because after the revolution, there has been a resolution that no animal shall make trade with a human. But the pigs ensured that there never bas been such a resolution, and that this was an evil lie of Snowball. Short after this decision the pigs move to the farm house. The other animals remember that there has been a commandment that forbids sleeping in beds, and so they go to the big barn to look at the commandments. When they arrive there they cant believe their eyes, the 4th commandment has been changed to: “No animal shall sleep in bed with sheets“. And the other commandments were also changed: No animal shall kill another animal without reason”, or “No animal shall drink alcohol in excess”. Some months there is a heavy storm which destroys the windmill, that is nearly finished. Napoleon accuses Snowball of destroying the mill, and be promises a reward to the animal who gets Snowball. The rebuilding of the mill takes two years. Again Jones attacks the farm, and although the animals defend it, the windmill is once again destroyed. The pigs decide to rebuild the mill again, and they cut down the food ration to a minimum. Some day Boxer breaks down. He is sold to a butcher, whereas Napoleon tells the pigs that Boxer has been brought to a hospital where he has died. Three years later the mill was finally completed. During this time Napoleon deepens the relations with the neighbour farm, and one day Napoleon even invites the owners of this farm for an inspection. They sit inside the farmhouse and celebrate the efficiency of his farm, where the animals work very bard with the minimum of food. During this celebration all the other animals meet at the window of the farm, and when they look inside they can’t distinguish between man and animal.

The novel is a parody and an incisive satire about communism, and the references to the October Revolution and Lenin/Stalin dictatorship are quite clear. Orwell uses a lot of metaphors, besides the ones personified by the characters of the story: for example Old Major could represent Marx or Lenin, the two Pigs, Stalin e Trotsky, the Manor Farm could be the Russia, Animalism is Communism, sheeps  could be the proletariat masses who don’t understand communism, the seven commandments show the use of political propaganda, through particular slogans, in order to manipulate the people.

Orwell’s language is quite plain and simple, easy to understand: the novel may be read by a child as well as me, even though he will not obviously get the meaning beyond the story. The result is an impersonality which strengthens the satirical elements and at the same time stimulates thought and disturbs emotions. 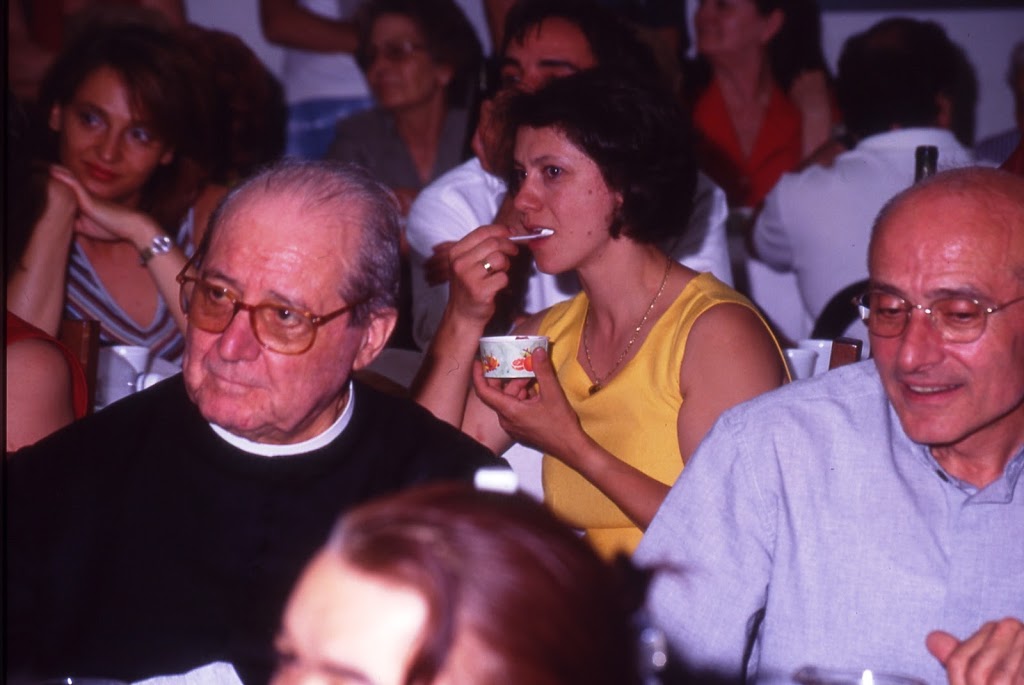