20 Agosto 201525 Febbraio 2019 Luigi Gaudio Atuttascuoladuepuntozero, atuttascuoladuepuntozero, Blog, Blog
Apprendimento cooperativo:
qui sopra videolezione del professore su youtube
qui sotto:
audiolezione del professore in mp3
e approfondimento scritto di una ex-studentessa
Compito in classe di inglese
Conrad, Joyce e Tennyson
di Alissa Peron
1) How did the studies in the field of psychology, anthropology, philosophy, physics and political thought contribute to the cultural crisis of the first decades of the 20th century.
Some thinkers of the last years of the 19th century and the first of the 20th century strongly influenced the cultural background of the modern age: psychologists such as Freud and Jung stated that thereâ€™s an irrational part in man, so we canâ€™t keep under control all our acts and motions; so modern men felt much less confident than before. The conception of time changed thanks to Einsteinâ€™s physical studies, according to which both space and time are relative; the relativity of time is also stated by James and Bergson, who distinguishes linear time and subjective time, which depends on our perception; this distinction is put in practice by modern novelists, who make time seem short or long according to the charactersâ€™ perception. The anthropologist Frazer studied primitive society and stated that it was positive and full of principles, even better than the present; there are traces of his studies in Conradâ€™s Heart of Darkness.
2) Conradâ€™s work is generally regarded as a bridge between the great tradition of the novel and the Modernist achievements. Point out the innovatory elements of Heart of Darkness.
Conrad is an innovator in Heart of Darkness because he set the novel in the wilderness and isolation, far from the civilized world: he isnâ€™t interested in the relations between man and society, but in the man himself, his interiority and contradictions which are easier to investigate in solitary places. Then Conrad abandoned the omniscient narrator: the story is told by one of the protagonists, Marlow, in first-person, with lots of flash-backs, without following the chronological order of the events. Conrad also uses the oblique technique to present the main character: we donâ€™t meet him almost until the end, but we know him from the words of other characters and then from his house. Conradâ€™s language is complex and symbolic, full of sophisticated rhetorical devices: he thought that English words are full of meaning and capable to give emotions, so he devoted a particular attention to language and style. These innovations are mainly due to the task of the writer, different from before: he has to communicate with the reader in a situation of crisis and lack of communication.
3) How are the themes of paralysis and escape dealt with in The Sisters from Dubliners?
In The Sisters Joyce dealt with paralysis especially through the figure of Father Flynn: he is both physically and morally paralysed, because his vocation is empty, so his words are meaningless and always the same, and he is unable to move from them; his paralysis reflects the paralysis of church, which according to Joyce was almost total at that time. Father Flynn has a close relationship with the boy who tells the story, so while the priest is alive the boy is paralysed too, but he realises it only after the priestâ€™s death: he feels free and has the desire to escape from the conventions and meaninglessness of men like the priest, but also the other people with whom he lives, who never move from their old convictions; the boy expresses his will to escape refusing to eat and drink with them. In the dream he has the night after Father Flynnâ€™s death he escapes towards the sun at the end: for him East is the symbol of freedom.
4) What are the main features of the dramatic monologue? In what do Tennysonâ€™s and Browningâ€™s monologues differ?
A dramatic monologue is told in verse by one character on stage which expresses his thoughts and emotions while talking about a moment of his life, so itâ€™s mostly an interior monologue. We know that thereâ€™s a listener, the audience, which never appears but influences the monologue, itâ€™s climax and language. The monologue by Tennyson is told by a well-known character, Ulysses, whereas Browning doesnâ€™t say the name of the speaker, Porphyriaâ€™s lover. Tennyson writes using a more poetic and high language, whereas Browning has a more colloquial style and more regular verse; however, the language is colloquial in both monologues. The themes are different because Tennyson writes about some aspects of the Victorian society and in his monologue the Victorian overreacher and the Victorian responsible man appear; Browning doesnâ€™t make so direct references to the Victorian values and conventions.
di Alissa Peron 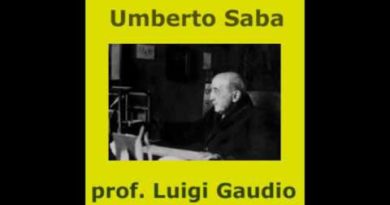