In the period of the romanticism, in England, we can find two different literary tendencies: the one of the POETS OF THE FIRST GENERATION and the other of POETS OF THE SECOND GENERATION. In the first group there are authors called also poets of the Lake”, (for their habit to go to the Lake District to amuse themselves), that share the same ideas of equality and freedom and supported French revolution. William Blake, William Wordsworth and S.T. Coleridge belong to this group and they developed the theme of symbolism in their works; they have also the same idea of poet: he is not a common man, on the contrary he is a prophet because he cold see the hidden reality, the true reality and convey this truth to the other people. The task of the poet is to give to the other men a better perception of reality, to make them to feel his same emotions and feelings.

To the other group belong G.G. Byron, P.B. Shelley and J. Keats; their most important feature is that they were against the poetry of the first generation, that they were interested in politics, so they put their political ideas into their works and gave a political message to their poetry; they also were anti-conformists and, common feature, died very young and away from home.

I will analyze the topic of symbolism in the first group of poets.

Properly, he is a pre-romantic poet because he just foreshadows some features typical of the romantic period. He wrote in a very simple way but with the use of symbolism. Actually, according to him, the world around us is just a reflection of a hidden reality and physical things are only symbols of this hidden world. Each natural element has a symbolic meaning and the poet is the only person that could explain the meaning of the symbols. He spoke about the child, the father and Christ, representing the state of innocence, experience and a higher innocence. He produced his collection of poems by the method of illuminated printing”: each page was an engraving of a text surrounded by images and designs colored by hand in watercolor by the poet himself. The text and the drawings were meant to illustrate and intensify each others meaning.

Blake is also famous for the theory of the “Complementary opposites”; with this philosophical idea he would to point out the importance of the existence of the opposites, like love/hate, good/evil,, because they are necessary for the progress and, so, they must coexist.

The author considered imagination as the means through which Man could know the world. Imagination, or the divine vision”, means to see more, beyond material reality, into the life of things”. God, the child and the poet share this power of vision, which is also the power to create things. The poet therefore becomes a sort of prophets who can see more deeply into reality and who also tries to warn man of the evils of society.

He is a famous and important poet; famous because he wrote with Coleridge The Lyrical Ballads, the Manifesto of Romanticism and important because he introduced, in the second edition of The Lyrical Ballads, the idea of a new poetry that should deal with everyday situations and ordinary people, in particular humble and rural people. The poet is a man among men; writing about what mankind is interested in, but with a greater sensibility and the ability to penetrate the heart of things. The power of imagination lets him communicate his knowledge, so that he becomes a teacher showing men how to understand their feelings and improve their moral being. His task consists on drawing attention to the ordinary things of life, to the humblest people, where the deepest emotions and truths are to be found. Wordsworth gives the poet a new function; the poet becomes a prophet, a moral guide that spread the message of love and joy to the other men.

It is possible to read in A Certain Coloring Of Imagination that Poetry is the spontaneous overflow of powerful feelings: it takes its origins from emotion recollected in tranquility”. The authors message is not so simple but he keeps on explaining it us in several of his poems. While reading it is usual to find common outlines in several of his poems: a natural element is able to arouse feelings and emotions when seen by the poet; furthermore, in a moment of tranquility, he remembers what he has seen and recollects his sensations by writing them down. He could do this thanks to a gift, a special one, that only poets have: imagination; the great power to reproduce reality and to convey readers the same emotions felt by the poet, that could give a better perception of reality.

Together with Wordsworth he wrote the Manifesto of the English Romanticism, but he didnt share all the ideas of his friend. While Wordsworth wrote about ordinary people and everyday things, Coleridge introduced gothic elements and supernatural events, even if imagination was important for him too.

He introduced a distinction between the primary imagination and the secondary. The first one, that everyone has, is the power to produce, while the second is linked with the idea of a creative and poetic power, and is possessed by just few people including poets. Anyway, imagination is also something different from fancy. Fancy represents only the ability in using images already existing, the power to take images from something that is already created. Imagination is the power of the creation of new images, images that have never existed before. Thats why imagination is the most important. Actually it is said that for him poetry is not the result of imagination, but a sort of dream.

What is remarkable in Coleridges life is this habit to take drugs; he was an opium addict and, as he pointed out, a lot of my works are the result of a dream after taking opium” (Kubla Khan or a Vision in a dream). It is for this reason that plenty of his works remained unfinished. When the effect of drugs finished, his capability to write ended with it and made him unable to carry on his works.

His main work, The Rime Of The Ancient Mariner, can be seen as the description of a dream, which allows the poet to relate the supernatural and the less conscious part of his psyche to a familiar experience. 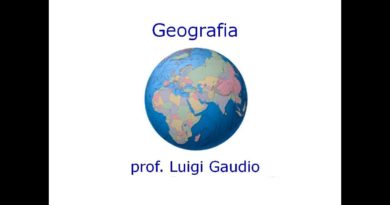