In western literary tradition childhood is represented under different aspects. It is often seen as an happy age, which is contemplated in the adult age as a moment of complete innocence and thoughtlessness preceding the discovery the difficulties of life. This period can be associated with the mythic golden age, when mankind lived in harmony, according to the laws of nature. Such a trend is exemplified in the typical candour of some of the characters of the 18th-century novel or, in poetry, by William Blakes Songs of Innocence.

Childhood becomes a metaphor of the human faculty to see into reality: the image of the child who is father of the man” can found in Wordsworths poetry. The child can grasp the meaning of the universe thanks to intuitive capacities and the reminiscence of  the existence before birth, not yet corrupted by reason.

He was a romantic author. The ROMANTICISM was a new attitude to the nature, to the senses and sensations; the poets used a new language to express this attitude, they gave importance to childhood and imagination. In England the Romanticism was not a compact movement, every author started from his personal world and truth and made a personal work (because in England there wasnt a romantic school).

William Blake was born in London in 1757 into a lower-class family. He didnt receive any formal education; at ten year was sent to a drawing school and began to learn the engraving. Then he attended the Royal Academy. He became poetry writer in fact in 1789 he published Songs of Innocence. He didnt print his poems, but he engraved them adding pictures which translated the poetic theme in visual terms. In 1794 he published Songs of Innocence and of Experience in a combined volume. He didnt have a great success, so was forced to illustrate the work of other authors and to look for patrons and rely on their protection and money. Blake wrote also the so-called Prophetic Books in which he expresses his belief in the poet as a prophet and his admiration for revolutionary movements. At last he wrote mythological poems which are often obscure.

Blakes work was not really appreciated until the end of 19th century, while now he is considered a major poet.

He lived in isolation and his approach to art, society and life was unconventional. He was ruled by instinct, he refused reason, balance, order, form, judgement and any kind of limit, constraint and rule. He was a free spirit, his freedom was political, social and intellectual. He criticised and denounced slave trade, children and women exploitation and the appalling conditions of slums. He was a visionary poet and he believed that man’s highest faculty is imagination. Man is imagination and imagination is god. Man has lost the possibility of using his imagination because of the many restrictions imposed by reason and society. The poet is not a superior being but he’s able to use his imagination.

Songs of Innocence and of Experience represent only a fragment of his total poetic production, but illustrate his major themes and his style. The two part of the collection are complementary, in fact there is a dual vision of life.

Externally the state of innocence represents the condition of man in the Eden before his Fall. Internally and psychological it refers to the condition of the child who hasnt yet know what evil is. The inner state of Innocence is represented by many images like the Child or the Lamb. Moreover in it there is a society based on good feelings like love and generosity.

In the world of Experience, which is the world of adults, people are selfish and incapable of spontaneity, while society presents inequalities and exploitation between men. This world is represented by symbols such as sounds and sights of distress or creature like the tiger.

In human soul these two states coexist: innocence is an ideal to be struggled for in a corrupt and wicked world.

To this dual vision of life corresponds a dual vision of God: in the first collection the Lamb is the symbol of Gods innocence and a demonstration of his love for his creatures, while in Songs of Experience is a powerful symbol of energy and violence which question the nature of God and the value of his creation.

Blake painted also an image of the God of Experience, Elohim Creating Adam: the grim winged God doesnt look pleased of his creation.

Many scholars said that Blake has marked the beginning of a new age, in fact he contrasted the idea of the reasoning power in man” and presented a new conception of imagination which is the ability to see more deeply into the life of things. The poet, the child and the man in a state of innocence have this power. They can see beyond surface reality. In the poem The Lamb, a little lamb is transfigured into the symbol of what a loving God can create: the animal becomes a source of joy the poet responds to. In London the poet can see more deeply into the life of the town. He hears the rattling of mind-forgd manacles” and has visions of blackening churches and palaces covered with blood: the sights and sounds the poet perceives reveal the evils in the town is oppressed by. In The Chimney Sweeper a child, like Tom Dacre, who is on the side of imagination”, can have visions and dreams.

Both in Songs of Innocence and in Songs of Experience theres the presence of the child and of the theme of childhood, but with different meaning. In the first collection the child retains the innocence of a new-born infant who is loved and protected by God or when entrapped in the wicked world of adults can regain his freedom in dreams and find himself in a children paradise. In the second collection theres the figure of a child refused by parents and by society; in this case it is the symbol of the oppressed.

Blakes view of the poet is that of a visionary man. The poet has the power of imagination whose work parallels that of God in creation. He tries to understand the value of the creation, questioning the lamb and the tiger and having visions that he tries to communicate to society, just as he does in London. Also the tone is often that of a prophet, emotional and grave, indignant and compassionate for the weak and the oppressed.

His purpose is to warn men against evils. To reach is aim he had to contrast the conventional poets who wrote only for an elite. So he rebelled against the cultural convention of the 18th century and this emerges also from his paintings.

Blake uses childhood and joy as a symbol of an aspect of human experience. But it is only when the Songs of Innocence are read against the background of Songs of Experience and other writings such as All Religions are One, and The Marriage of Heaven and Hell that one can begin to grasp What childhood symbolises in Blakes writings.

This short poem presents a simple but intense introduction to the world of innocence and joy.

Infant Joy” is a poem which comes from Blakes Songs of innocence”. It is made up of only two stanzas of six lines, and it has not a regular rhyme scheme.

The poet is representing a virtual” dialogue between a child just two days old and his mather, but just the chiald is speaking. He ezpresses his deeper joy caused by his birth.

The language, as in most of Blakes poems, is clear and simple, and give a deeper sense of tenderness and joy : the word sweet is repeted five times, and joy six times.

If we accept the conventional ordering of the poems, our interpretation is thrown off by the position of the poem “Infant Joy” . “Infant Joy” depicts ground zero of language instruction as the mother speaks both parts of her dialogue with her two-day-old (unbaptized, so unnamed) infant (etymologically in-fans, “not speaking”). We can reconcile this discrepancy by considering an alternative ordering of the poems. When we consider all the sequences leading from “The Shepherd,” we find that “Infant Joy” does occupy our posited opening position just as often (eleven times) as it does the terminal one.
The point is not to argue that one sequence is better than another. However, comparing possible orderings is illuminating to a student’s understanding of Blake’s work, and one ordering may be pedagogically more useful than another.

This poem introduces the world of experience and the sickly consciousness of it. When they are read together, the two songs represent the world as it is envisioned by What Blake calls two contrary states of the human soul”

Something has been hidden, something bound, something stripped of its possible apparel. Blake appears to be describing What he calls the natural ‘energy that is the opposite to nursed ‘unacted desires. He is delineating how different the world appears when we are bound by religious or social views that lead to constraint. Blake was a self-taught youth, allowed to read and explore in his own manner, and he may well associate his own genius with this ability to follow natural inclination. Apart from this however, he makes it plain that aspects of religion and social restraints lead to social and personal sickness – ‘Prisons are built with stones of law, brothels with bricks of religion. Blake does not appear to mean a simplistic judgement by this. More likely it refers to the sort of social attitudes that not so long ago led many women to madness or suicide when they were pregnant with an illegitimate child. Today we would think such levels of stress very strange in an unmarried mother.

Michael Mason, in his Introduction to Blake’s poems, warns the reader that one must resist the temptation to simplify Blake’s intent. To quote Mason, Blake, who is so readily simplified by his readers, was the great anti-simplifier, always probing for contradiction and tension.” Blake may even be pointing out a way of doing this when he wrote, I must create a system, or be enslaved by another mans.” Everything possible to be believed is an image of truth.” To have ones own response to life, full of its contradictions and conflicts, and attempt a marriage of these antipodes of human experience, is recommended by Blake.

Infant Sorrow” is a poem which comes from Blakes Songs of experience”; this can be understood by the point of view of the narration”, which is that of one  who has seen the world and its corruption. It is made up of only two quatrains, and it has a regular rhyme scheme of coupled rhymes.

The poet is representing a fight against repression through the experience of an infant bound by a parental embrace, and yet thrown into the world so suddenly. The first lines represent his childbirth and the suffering of both of his parents, especially the mother. But as soon as the child is born, he feels lost in the big world around him, like a fiend hid in a cloud”, as the poet says; from the poets words (helpless, piping loud) it almost seems like the child isnt happy of his birth, just like he already knows what is waiting for him outside.

In the second quatrain the poet expresses the struggling of the child, especially through two symbols: the swaddling bands and the fathers hands, which symbolize the chains of repression which the infant is subdued to. In the end the protagonist decides to come back home to his mothers breast, which is the safest place to be.

The language, as in most of Blakes poems, is clear and simple, though a couple of uncommon words are used, such as swaddling” and fiend”, whose meaning may be open to debate. The syntax is plain and easy to understand. 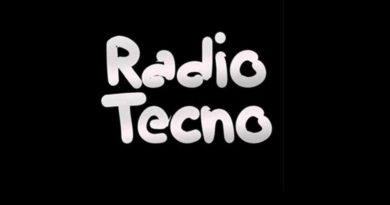