Small photovoltaic cells are made of amorphous material and are able toÂ  autonomously aliment electronic devices such as calculators, watches and so on.

The capacity of the photovoltaic cell is obtained evaluating the ratio between the energy produced by the cell and the light energy that affect the total surface.

Typical values for polycrystal silicon devices available on the market are around 18%. The efficiency of the module is always less than 18%, asÂ  follow discussed.

The performances of photovoltaic modules can change on the basis of:

For constructive reasons, the efficiency of the photovoltaic modules, in general, is equal or less than

the efficiency of their worst cell. The efficiency is the percentage of energy picked up and transformed as regards the total energy reached on the surface of the module; then, it is proportional to the ratio between the delivered watts and the occupied surface, if all the other conditions are respected.

Some panels, for aerospace use, have efficiency that can reach 40% and are produced using rare and expensive, but very toxic, materials.

Typical efficiency values of commercial panels made of silicon are:

Consequently, we need a double surface of panels made of amorphous siliconÂ  in comparison to panels made of crystal silicon, to produce the same amount of required energy.Â

The photovoltaic panels can be used for about 80 years, even if we can suppose thatÂ  they can be used for 35-40 years, because of a reduction of the potency of the modules.

An Italian company (Beghelli) has created a solar panel prototype with 38% efficiency, gearing for 55% in the near future, or 80 times more efficient than conventional models, which also reduces CO2 by 2100/tons per year per 1000 homes.
Traditional solar panels are flat, while Beghelli’s are undulated and they use a triple-layer multijoint system which allows the miniaturization of the active surface making the panels very affordable to home users. To lowering the price will also contribute the use of cells based on gallium, germanium and indium rather than silicon.

The great progress made in the field of microelectronics has allowed an improvement in the manufacturing of solar cells, already applied in aerospace and now available for other uses. 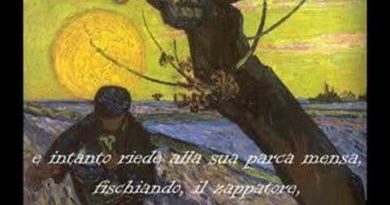