She was born in London in 1882. She grew up in a literary and intellectual atmosphere: in fact her fathers friends were some of the most important 19th century writers ( for ex. Henry James). Her life was marked by mental problems: after her mothers death, when she was only 13, she had her first mental breakdown. She began to be in revolt against her father’s aggressive and tyrannical character, and his idealization of the domesticated woman (she rejected Victorian values). It was with her fathers death that she began her own life and literary career. She married Leonard Woolf, a publisher, and they moved to another house in Bloomsbury. They formed the “Bloomsbury Group, a group of intellectuals that reacted against Victorian society and values. She started writing novels: this was a help for her; she understood there was a link between her ability and her mental problems. Her first novels are still traditional, but after, with Monday or Tuesday and Jacobs room” there is the principal element of her novels, which are always developed in an autobiographical way:-“Mrs.Dalloway (stream of consciousness technique), To the lighthouse”, Orlando. She was one of the first writers with feminist idea (she supported the movement far womans suffrage).

In this passage we can find Clarissa’s moments of being: she realises that she is not living the life she would like to live … she is living her false, superficial existence. Septimus death offers her the possibility of a meditation about her life and about the theme of death. Probably there is a connection between the two characters: Clarissa and Septimus. But there is also a link with Virginia Woolf and this case (committing suicide):she is explaining her fear of death and of committing suicide.

Clarissa’s last thought: she had to go back to the party, to her guests; she abandoned the thought of death and of the young man … she accepted her superficial life (the choice is to go on living) 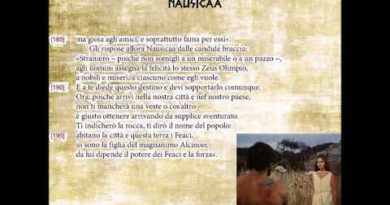