Constantine is the son of Constantius Chlorus , Caesar to Domitian, who had embraced a monotheistic worship of the Sun God tended . Thus Constantine , who also as a mother Elena, who will become holy Christian grows in military training , with a particular religious view , an openness to the Christian monotheism unusual among the imperial hierarchies .

When his father died , in Eburaco (modern York) in Britain , the army proclaimed him Emperor , but it will take a long time before the project can be realized .

First of all, Constantine must defeat Maxentius, son of Maximian, who had settled for years on the imperial throne in Rome.

Haruspices ( pagan priests ) advise against the ship , but he trusts most of the new deity which even many of his soldiers believe them.

Constantine defeated Maxentius in fact relying on the Christian God, having affixed the sign of the cross on the shields of his soldiers , after a premonitory dream before the decisive battle at the Milvian Bridge (312 AD).

He exposes the head of Maxentius in Rome, but makes peace with all those who previously opposed him , and enters into a covenant with Licinius , the emperor of the East, which also provides for the recognition of religious freedom .

In fact, with the Edict of Milan in 313 , the pagan religion is no longer the official religion of Rome , or rather later Constantine return the confiscated property to Christians during the persecutions of Diocletian or damages suffered.

The pact with Licinius ( diarchy ) is less and soon after Constantine defeated his rival , will become sole emperor in 324 .

3 ) arises, for example, in the statues , as an icon of perfection, holiness , God’s intermediary and executor of justice of the law

4 ) develop the mobile army near the border ( comitatus ) , suppresses the Praetorians and replaces them with the palatine definitively established by Diocletian

8) moved the capital to Byzantium , which he called Constantinople (the city of Constantine )

9 ) built basilicas (eg with the relics of the Holy Cross discovered by his mother Helena to Jerusalem and then transported to Constantinople ) and called councils to ensure the orthodoxy of Christian doctrine , but went to the faith by converting to Christianity just before to die. For Constantine religion had always been an instrument of power and chose the Christian God just because stronger, at least at the beginning and felt more naturally to profess the religion of the father to the Sun God

Paradoxically, the political intent of Constantine was the same as Diocletian strengthen the empire and reassert the power of the emperor , who realized only in a different way than its predecessor , failing just where Diocletian had failed. 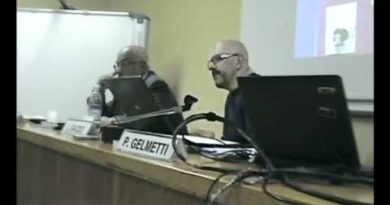