?  Austen composed a novel the clue of which is the behaviour and manners of the two heroes AWAY from the events of the time.

?  the impression is of a small section of society locked in an almost timeless present in which almost nothing will and can change.

?  The soldiers are present but as attractions to young girls.

?  the people are fixed and repetitive as their social rituals

?  everything tends towards the achieving of a satisfying marriage.

?  this book is about pre-judging and re-judging. It is a drama of re-cognition. A very important part of the book is how it touches, even dramatises some aspects of the whole problem of knowledge.

The way in which J.A. treated the problem of knowledge derives from Locke’s theory: ” We often take that for the perception of our sensation, which is an idea, formed by our judgement”.

This in fact sums up Elizabeth’s first reaction to Darcy.

She takes as insights her impressions. Elizabeth is guilty of “Wrong Assent, or Error”.

Locke asserts that some of the causes of man’s falling into error derive from “Received Hypothesis, Predominant Passions, and Authority”.

Thus the relevance of this book is that Lizzie learns to change her mind. The first title of the book was in fact “First Impressions”.

Hume himself wrote about impressions and ideas, the former ones linked to the senses, the latter ones to reasoning and thinking.

Lizzie has a lively mind; her impressions are lively as well.

Similarly she’s able both of complex impressions and complex ideas.

First impressions, even if corrected, constitute the beginning of the experience.

J. Austen’s merit is to lead us into the complexities of our mind and of human life.

–  at the beginning Darcy was the most disagreeable person

and Wickham the worthiest one.

–  the Bennets were speedily pronounced as ” the luckiest family in the world”, though only a few weeks before they were marked as “the most unfortunate one” due to Lydia’s elopement: what is formally spoken is taken as knowledge.

As opposed to Jane, whom Elisabeth considers ” honestly blind”, Elisabeth has more quickness of observation but she is too quick.

We can’t deny Elisabeth was right when she observed Darcy behaving in a proud, unbearable way, unworthy of a gentleman, but she had formed a fixed idea of the whole Darcy on insufficient data and on believing in Wickhams account.

The ability of language to make “Black what was White ” is evident and in a society which was based on conversation it is a constant danger.

When Elisabeth is in front of two opposite versions (Wickham and Darcy’s letter) she’ll be discriminating between styles!

She realises that the affair was capable of a turn. It is a problem of consciousness, as well as of salvation for it enables a person to change his version or interpretation of things.

Thanks to an intelligent reading of Darcy’s letter she not only changes her mind about him but she starts knowing herself.

In perceiving her own pride and prejudice she can begin to be free of them.

She begins to identify appearances and reality and this recognition is decisive in procuring happiness or misery.

The need to be alert in distinguishing between appearance and reality is made clear from the beginning: “Wickham is beyond all the officers in person, countenance, air and walk”.

But then when she starts questioning about Wickham, she realises she had based her judgement only on his appearance so she starts thinking about substance.

The theme of an ‘ unfolding truth ‘ is constant throughout the book: a real character is the one who is ‘discovered’ step by step.

Elisabeth starts knowing Darcy thanks to his letter, but the whole revelation will take place when she enters his house and confront his portrait.

The word ‘picture’ occurs very often. These ‘pictures’ are mental images either derived from impressions or imagination.

The ” portrait metaphor” allows one to suggest that the picture should be done with some care so that the gallery of the mind should not be hung with a series of unjust unlikeness.

Standing in the house contemplating the qualities in the face in the portrait, Elisabeth completes the act of recognition, which started, with the reading of Darcy’s letter.

This is the very APEX of the novel and the beginning of the CATHARSIS.

IMPORTANCE OF LETTERS IN THE NOVEL

Letters conveys much of the information.

Forty-four letters are at least mentioned.

Pride & Prejudice could be considered a “novel in letters”.

Also the dialogue is important. It is intensely dramatic in the sense of defining characters through the way they speak and are spoken about.

Austen combines the dramatic and the epistolary.

A letter is written and read in retirement.

Darcy can write what he wouldn’t be able to say in public.

It is in social performance that Elisabeth reveals her vitality, vivacity and wit; it is in private reflection that she matures in judgement and is able to make substantial changes to her mental-reality pictures.

Austin certainly believed in the value of social rituals of her time (balls, dinners.) as values of the community.

What she also clearly saw was how the failings of some of the performers- insensitivity, malice, arrogance, foolishness and so on – could spoil the ritual.

Some of the performers are imprisoned in their roles, some others keep distance from them: Mr.Bennet. He is completely cynical about the social roles he is called on to play. He extracts a bitter pleasure from making gestures of disengagement from these roles, to compensate for the familiar miseries brought about by having married a sexually attractive but unintelligent woman (another example of the dangers of unreflective action based on first impressions).

He effectively abdicates from the role of father and takes refuge in mockery and in his library (dangerous lack of authority).

Mrs Bennet loses herself in her performance.

She is only aware of material objects: hats, houses, etc.- and marriages.

Lady Catherine is incapable of reflection and makes people suffer.

Jane is incapable of role distance but she has such a generous heart that she is always sensitive and sincere.

Bingley is too willing to perform any role the others want him to play: a potential source of vulnerability.

Elisabeth is special. She can perform all the roles that her relatives and social situations require of her but she does it with an esprit or an irony which reveals her ability in keeping distance from the different roles.

She is capable of role-distance but not in her father’s spirit of cynicism but in her own spirit of determined independence.

There are TWO different kinds of characters in the book – those who are fully defined by their roles, even lost in them, and those who can see round their roles and do not lose awareness of what they are doing: characters and caricatures.

TWO different ways in which people use language in this book – some people employ it unreflectively as an extension of their behaviour: they are unable to speak as well as to think (Mrs. Bennet obsessive repetitions); others, by contrast, are capable of using language not just as an almost conditioned response to a social situation.

The problem of social space: can Darcy cross the social space which, in the eyes of society, exist between himself and Elisabeth?

When Darcy drew his chair a little towards her and then withdrew it back, he is miming out, albeit unconsciously, his uncertainty as to whether he can bring himself to cross the great social space which, as he sees is (he is still proud) separates Elisabeth from himself.

Part of the drama is in seeing whether two people can resist the connections which society seems to be prescribing on them and make a new connection of their own, one based on their judgement, reason and emotions.

One of the gratifications of the book is that Elisabeth and Darcy seem to demonstrate that it is still possible for individuals to make new connections in defiance of society.

It is a society, which stresses social control over individual ecstasy, formality over informality.

Love is not experienced overtly but it is told.

Exclusion of bodily experience: the two sexes may come to a ball but all the important transactions take place through language.

Intimate physical contacts and experiences are minimised. Eyes are more important than hands.

The ball is an occasion for conversation; it is a social ritual, which permits private conversation in public.

In such a society, the need for an ‘establishment’ is a very real one, and in putting prudence before passion, Charlotte is only doing what the economic reality of her society forces her to do.

Passion is hardly differentiated from folly in the book.

Lydia’s elopement is seen as thoughtless and foolish and selfish rather than as a passion.

Thus words like ‘ gratitude’ and ‘esteem’ are used to describe Elisabeth’s growing feeling for Darcy. She comes to feel that their union would have been to the advantage of both; by her ease and liveliness, his mind might have softened, his manners improved; and from his judgement, information and knowledge of the world, she might have received benefit of greater importance.

‘Advantage’: consciousness has penetrated so far into emotions that love follows calculations and reflections.

So EMOTION is either rational- capable of being both conceptualised and verbalised – or it is folly.

Elisabeth is defined ‘wild’ as well as Lydia and Wickham.

In the case of the last two, ‘wild’ means anti-social.

With her laughter and liveliness she is able to keep distance from the roles of the society: social rules tend to fix people in-groups, she is happy to leave the group.

Marriage is part of the social grouping and is also a restriction. Pemberly seems to offer amplitude large enough to offer her independence, liveliness and temperament. This is just what attracts Darcy more:’ her easy playfulness’. 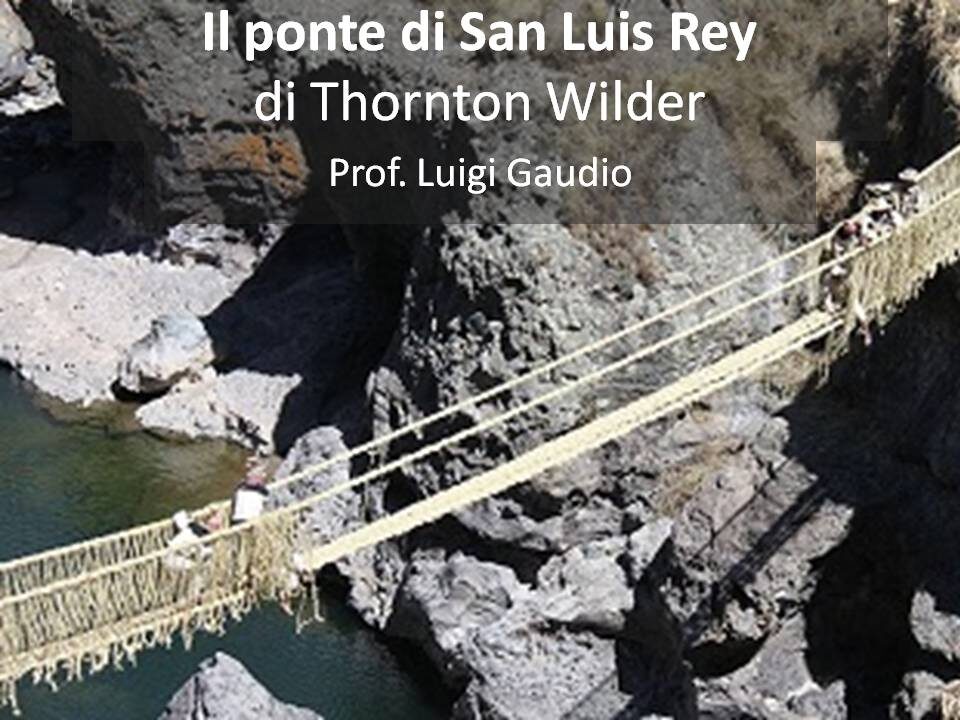 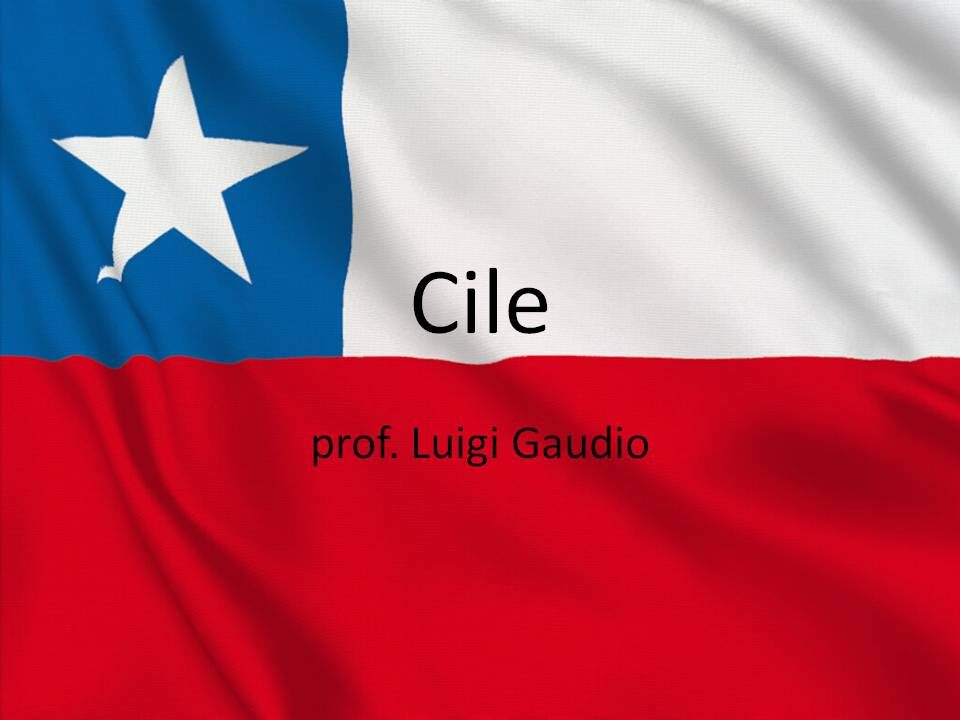