and the last years of the life of Caesar

Caesar crossed the Rubicon, occupied Etruria and marched on Rome , where they took revenge on opponents , few opponents remained in the city . Caesar extended Roman citizenship to the inhabitants of Cisalpine Gaul ( Northern Italy ) , occupied Sicily and Africa, to block the grain supply to Pompey, and made his way to Spain, where there were many legions loyal to Pompey.

He was first elected dictator , then put down the office and was elected consul in 48 BC. Then went to Greece, where Pompey had escaped with the bulk of the Senate, and with 45,000 men. In early August of 48 BC Pompey was defeated in a pitched battle at Pharsalus, but Caesar forgave his enemies , except those who had already previously saved . Pompey fled to Egypt, where, however, was died by King Ptolemy XIII. Caesar wept at the sight of the truncated head of his rival , he fought against Ptolemy, killed him and put on the throne Cleopatria (Caesar was in love, falling in love with her) . He defeated then Pharnaces , the son of Mithridates , Cato at Thapsus in Africa and the two sons of Pompey at Munda in Spain .

In 46 BC became perpetual dictator for life , Pontifex Maximus , praefectus morum , imperator . These fillers became for the first time hereditary . He could appoint consuls, half of the senators , and was inviolable as a tribune .

He named many of his allies magistrates, ediles, questors and senators . He created a system of tax collection more orderly and regular in comparison with the past. Caesar extended Roman citizenship to many provinces, cities like Corinth and Carthage, which were rebuilt, reformed the calendar.

The Roman calendar in Italian language.

He distributed land to veterans, wheat for poor people , he forgave the interest on the debt, gave a job in the fields of free citizens , thus reducing the number of have-nots to distribute the grain ( some of them took the grain without having the right ) .

Increased the number of legions and soldiers’ pay .

In this period the senate lost power and Caesar was regarded as a god , a descendant of Venus, new Quirino, unbeatable. The month of July is now being called by Giulio.

On February 14, 44 BC the Senate named Caesar dictator for life , but he refused the crown of a king, offered to him by one of his generals, Mark Antony.

While he was preparing for a war against the Parthians , to regain (recover) the Roman ensigns lost in the battle of Carre , where Crassus died, Caesar was killed by the conspirators , Brutus , Cassius , and about 20 other senators , traditionalists anticesariani or aristocratic anti-people , backed by 40 other , a total of 60 conspirators.

On the morning of 15 March, 44 BC turned defenseless , paid no attention to the signals nefarious , he entered the Senate , he was surrounded , and was hit several times by the conspirators with daggers. 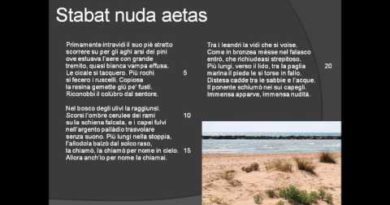 Un pensiero su “The Civil War between Caesar and Pompeo”