The last time we talked about the founder of this new religion , and the novelty of it, in comparison with the previous religions . Today we will talk about institution founded by him , the church ( ecclesia = from the greek assembly , of course in the sense of meeting of the Christian people ) . The church spread greatly since the early years after the death of Christ , not only in Palestine but also in the territories of the East, in which they were forced to go the Jews , more and more uncomfortable in the land of Canaan because of the controls of the Romans. The Roman Senate had to comment on this sect that was proliferating rapidly , and very soon declared illegal , according to some under the Emperor Claudius, but perhaps already under Tiberius in 35 AD, then just five years after the death of Christ , which we said to be historically occurred in 30 CE

However, from the point of view of the Romans, the Christians were less dangerous than the Jews, because they do not intend to rebel openly to the power of ‘ Emperor, and in fact when in 66 AD Jews made â€‹â€‹a revolt , the Christians left Jerusalem . The revolt was put down in blood by Titus in 70 AD

Saul of Tarsus, who became later called Paul, was jew , but a Roman citizen , and proposed to preach Christianity to the Gentiles also , not only to the Jews circumcised.

Many of the Jewish Christians were opposed to this , but when Peter explained during a meeting that Paul was right, because the Christian message was for all people, and not only for the circumcised , he began a spread of Christianity among the Greeks , Romans, and other peoples of the ‘ Empire.

It was Paul’s first to use the term ecclesia , to indicate both the Christian community that was forming in many cities , both in general and all of the believers in Christ around the world .

The network of roads, and the very structure of the ‘ Roman Empire facilitated the spread of the Church, to the capital , Rome, in which the same converged Paul and Peter in AD 64 , and were subjected to persecution by Nero .

The Flavian , very hostile to the Jews , on the other hand knew how Christians were far away from each revolt, then let the community grow without persecution , until Domitian, who claimed to be God , in 95 AD not familiar foiled a plot in which he was involved Flavius â€‹â€‹Clemens , of the Christian religion.

In the following period, which took place after the death of Domitian in 96 AD because of another conspiracy , Christians were again greater freedom of worship and mission. 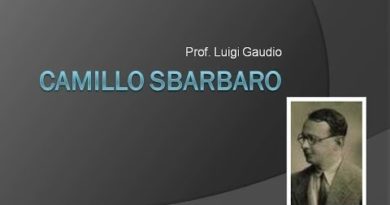